Whilst some aspect of our life is getting our full attention ensuring that the advantage is taken/danger avoided, our attention simply isn’t focused anywhere else. This leaves us extremely vulnerable because most of our environment isn’t being attended to. We might miss an opportunity or worse, we might not see the danger sneaking up behind us with its shiny pointy teeth… 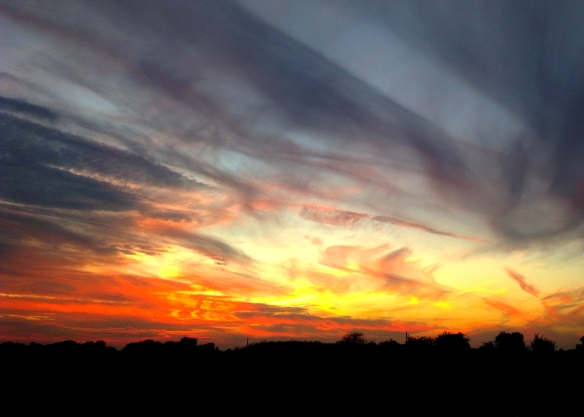 Algorithms; where would we be without them? Even though I know my mind is constantly firing off its equivalent complexes and striving to effect a cause, I still get caught out every now and then. There I was, having just vacuumed the hallway as you do pre-client, duly noting how there was no loss of suction in the way we’re primed to do by the no-so-young Mr. Dyson.

So far nothing out of the ordinary.

At exactly (and I mean exactly) the same time as I unplugged it to take it upstairs, the downstairs extractor fan stopped. Working on algorithmic autopilot, I found myself switching the socket back on to check that it hadn’t become the power supply for the extractor fan. Of course there is no connection but that doesn’t stop that still small voice of pattern hunting certainty from telling me that the extractor fan was now broken.

The really odd aspect of it all is that all the while, my Cognitive Hypnotherapist mind was telling me what was happening, even down to which algorithm was firing and which past experiences were colliding to form the triggers.

It made not one jot of difference.

Through trivial example, my Unconscious mind insisted on demonstrating how it tries to make sense of my universe. Needless to say, I defused the new pattern and laughed myself quietly free of a potential worry over miswired domestic circuitry.

It is from such misconstruances and misconnections that all manner of anxieties, fears and superstitions come into being. Coincidence isn’t something we’re wired to see. Cause and effect reasoning is much more persuasive. After all it gives us a far better narrative. Gods, demons and superstitions are born of such stories.

Mostly though, the connections are innocuous and leave us feeling just a little silly or out of sorts. Occasionally they are bold and brash and insidiously convince us that life is dangerous and filled with disasters waiting to happen. Herein lie the precursors of depression and anxieties; fears and phobias; destructive habits and negative self-talk.

So if you worry that something awful might happen or you’re frequently nervous, anxious or on edge, it might be interesting to unwind the patterns and triggers of the past and find yourself stepping out into a future happiness you didn’t think existed.

I’d be more than happy to be your hypnotherapeutic guide.