I’ve just taken my first proper look at the HPD, (that’s the Hypnotherapy Practitioner Diploma), which I need if I’ve going to register with the NCH, (the National Council for Hypnotherapy). The NLP (Neuro Linguistic Programming) part is assessed throughout the course.

Why are there always so many TLAs, (that’s Three Letter Acronyms to you and me)? Why do Organisations, Government and Trainers love TLAs? They’re all over the place. Think about it; NHS, GDP, FAQ, BBC, PDQ, JLS (Peterborough reference!), SUD, CIA, FBI, BFG, OMG, WWW, the list goes on. Apparently there are 17,576 possible TLAs.

They came into their own in the 70s with computer science, until by the 80s no self-respecting organisation could have a meeting without at least one TLA appearing on the agenda. They were supposed to make  long and complicated names easier to remember and use. In fact they just create confusion and an odd esoteric internal language that no-one outside the ‘club’ understands. Strangely, probably the  most frequently used TLA ‘www’ is 3 times longer to say than the phrase it replaces!

Anyway, enough of that and back to the HPD (sorry). I’m familiar with tests and exams and questions because my alter ego has been in financial services for years and I’ve passed far more exams than I care to remember. I’m also currently training and assessing the new Regulated Diploma in Financial Services, required by a thing called RDR – see? So this is familiar territory, or so you’d think.

I find myself putting it off. With a deadline of December, it’s just too far away to be scary enough to get the blood racing and the brain in gear.

Now this set me thinking. Somewhere out there, according to Quantum Physics and Hypnotic Trance Phenomena, there’s a future me who has already passed the Hypnotherapy Practitioner Diploma. This is known as Age Progression and if true, then I needn’t worry because I know that my HPD has already been passed by the future me by time it matters.

This is where Age Progression gets a bit weird.

As I’m reasonably confident about exams and essays, then the thought of the future me taking an HPD doesn’t create a hurdle I can’t get past. That’s an aspect of Age Progression that leads to anxiety if the fear of something in the future gets so great that you react as if its happening now AND you can’t cope with it. Fortunately for me this isn’t one of those Age Progressions.  But it is a problem.

If there’s a me out there in the future with the HPD, then do I actually need to start work yet? The other complication is a technique that Cognitive Hypnotherapy uses to connect you with that future you that’s already done what you’re thinking of doing and learn what you’ve found out by then, so you can use what you’ve achieved in the future, now.

So if I do that, then how do I know when I would have started the HPD? If I completely ignore the me in the future with an HPD, then I have to do the work from scratch all on my own without my future me helping and so will need to work harder. So I’d start sooner. Right?

But if I do connect with the future me, then I’ll know that I’ve passed, so I’ll stop feeling as concerned about the HPD, (its only 21,000 words – what’s the big deal…!) and start work later. Now if that future me is really the future me, then that future me would already have connected with his future him at the point when he was sitting where I am now, pondering about whether to time travel in my present mind to have good old chat with the future him about his HPD.

And if he gets to the same conclusion as me, which surely he would because at the point he was here he was actually the present me, then surely he would have started even later than the me that’s sat here now not yet having had that HPD debate with the me that’s sitting smugly in the future gloating about having done all the work and why not just go down the pub anyway.

So if you follow where this leads, (in which case you’re better at this than I am – are you a Questie graduate?), then either me and the future me AND the future him that he connected with when he was the me that’s sitting here now, are going to have a great time just chilling about the HPD and the course and all things vaguely hypnotherapeutic until the HPD magically writes itself, or I’m just going to have to ignore Age Progression as a means of revision and just knuckle down and do the work myself.

On the other hand, I’ve just spent the afternoon bottling last year’s Elderberry Wine, (very reminiscent of a good Port, even if I say so myself), and adding the yeast to this year’s 4 gallon mash. Now this would be good point to engage in some useful Age Progression and compare next year’s brew with year’s to see if was worth the effort. In reality the only way to achieve this is to sample this year’s brew tonight and rely on Time Distortion, otherwise known as alcoholic amnesia, to carry me through to next year and try next year’s vintage then. Or is that now?

Anyone for a glass? 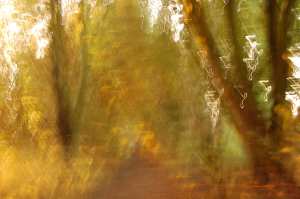 …and it all became clear…
© Tony Burkinshaw

Conversation is good for the soul. Why not start one here? Go on... Cancel reply